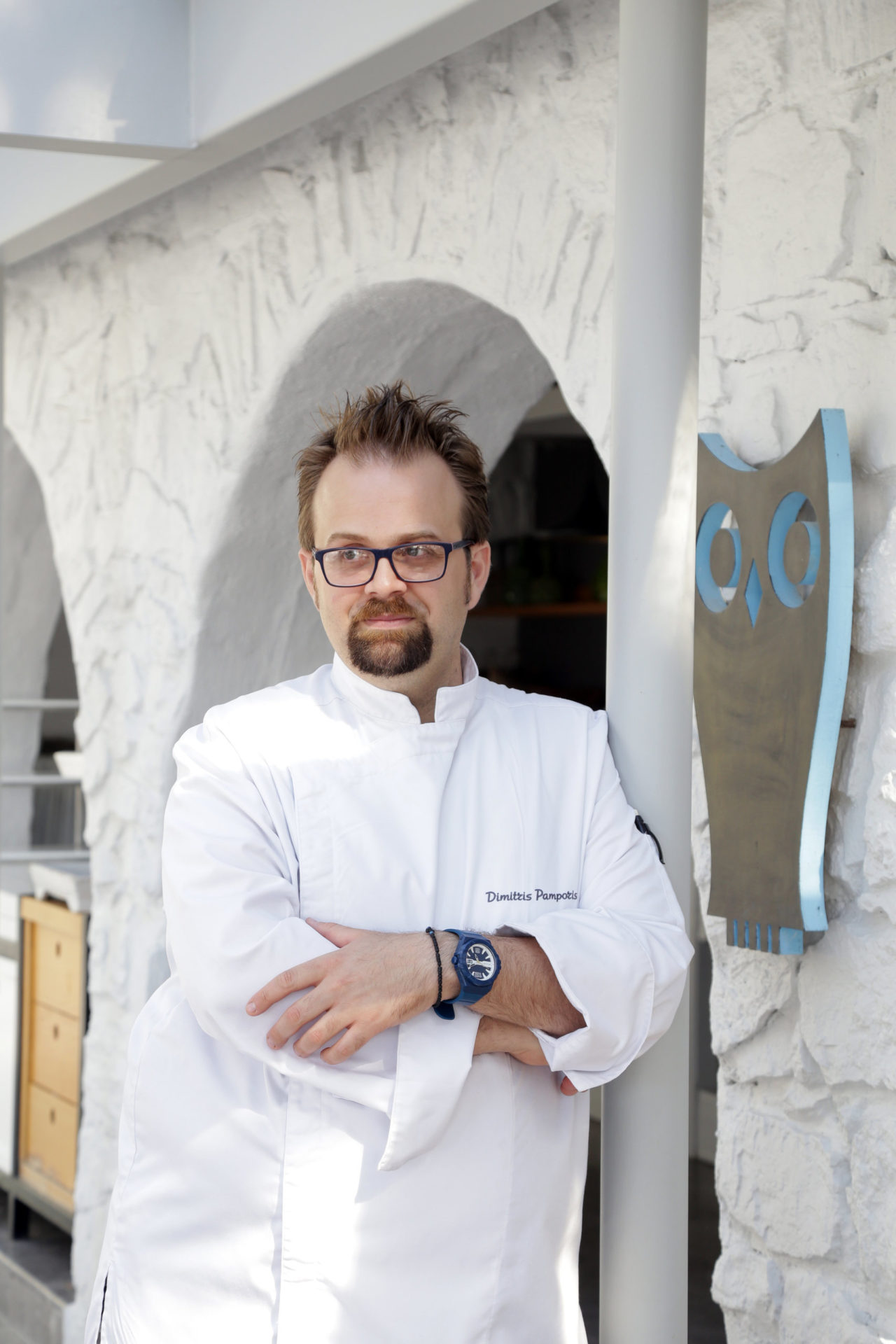 Dimitris Pamporis is an accomplished chef who despite being in his early thirties has been active in the field of gastronomy for almost fifteen years now.

Inspired by the variety and wealth of the Greek cuisine, Dimitris has been working consistently with one vision in mind: to modernise the culinary delights of Greece by using local products and his imagination. This unique approach has won him a variety of awards.

As his philosophy couldn’t be closer to ours, you are all invited to try his unique, Greek-inspired creations.